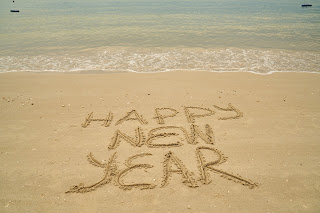 --> I said that I didn’t want to name goals for the New Year.   So I’m not.   Rather than calling them goals, I’m calling them focus points.   I don’t want to set a goal that I may or may not achieve, given my unsettled life at the moment.   That’s too much pressure for me for right now.   Calling them focus points allows me to name some things I want to work on without the (self-imposed) pressure of reaching a specific end point or finish line.   So I guess I’m making resolutions rather than goals, though I don’t want to call it that either because it makes things more “official.”   Trying to keep things light and flexible is where I’m at right now.   I have been thinking a lot about what I want for this upcoming year and for my life in general.   I don’t want to list big long-term, life-changing goals just yet.   I am starting small and what unfolds from there is anyone’s guess. So what’s on my list? ·        more me (putting what I need first) ·
2 comments
Read more

The Turn of Another Year 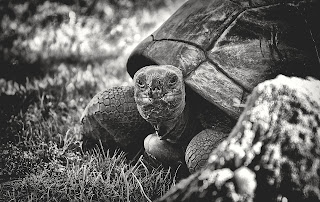 Hello, readers [pokes head around the corner]. I am still here, believe it or not.   It’s has almost been a year since my last post.   I so wanted to get more blogging done , but it just didn’t happen.   Oh well.   On to what’s next… So many thoughts are jumbling around in my head; I don’t even know where to begin. First and foremost, I started off 2018 with writing this post .   Having just reread it, I have to tell you… not much has changed.   And yet, so much has changed.   I’m still not ready to get into details, but I’ll do my best to explain without them. I did not set out with specific goals for 2018.   That is, I didn’t declare them or write them down.   I had a few ideas floating around in my head and I sort of just went with the ebb and flow of them and the alterations of them.   I have made some changes, some strides, and still feel stuck, though maybe a more accurate description is that I feel stuck in a new way. I have moved forward
4 comments
Read more

Down the Rabbit Hole 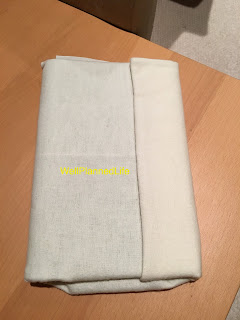 I may have fallen down the rabbit Sparrow hole. Yes, I bought my first Chic Sparrow Traveler’s Notebook!   (I may have also bought my second and third, too, but let’s start at the beginning.) I have known about Chic Sparrow for some time.   I don’t recall where I first heard of them, but most likely from Carie Harling’s blog and/or YouTube channel .   In any event, I have had my eye on these for quite some time.   However, having had Traveler’s Notebook fail in the past, I had refrained from jumping in. Until this year. For some reason, I just decided to order a Chic Sparrow.   I perused the options, and ended up with my choice.   In truth, I knew, even before I made my first purchase, that I’d be going back for more.   So it was really just a matter of choosing where to start. So where did I start?   Let’s see… I figured the best place to start was with my health journal.   I already had a green Moleskine set up for this, and I knew what els
2 comments
Read more
More posts

By WellPlannedLife October 27, 2013
There has been much talk about Gillio Firenze planners lately.   Many people have purchased them and written blogs posts about them; they have been featured in Philofaxy posts ; there’s a dedicated Facebook group for them.   Their planners are beautiful, but they have a price tag to match (though well worth every penny, from what I’m hearing).   It’s like an exclusive club, the way people are talking about them—I’m not all too familiar with the company or the planner names; I don’t have a new bag to compare my new Gillio planner to; I don’t own a binder whose leather is so soft and supple, like butter. I’m jealous. There, I said it.   Sigh. Yes, I’m jealous. All of the buzz I’m hearing—the excitement over a new planner, and not just a new planner, but a gorgeous one at that, one that compares to nothing like I’ve ever seen before.   Or so I’m hearing. I’ve perused the website.   I like what I see.   I especially like that there’s a slim collection, with a closure
Read more