By Kanalt-WellPlannedLife July 20, 2015
Almost immediately after receiving my first Van der Spek planner, I knew I’d be getting a second one, specifically for the spring and summer months.  Just like my first one, I knew I’d want something that represented something I love—the colors had to be chosen very carefully.  But I didn’t know what those colors would be.  I had time to think about it, though, so there was no rush in deciding.

One day, quite out of the blue, while driving to work, it hit me. 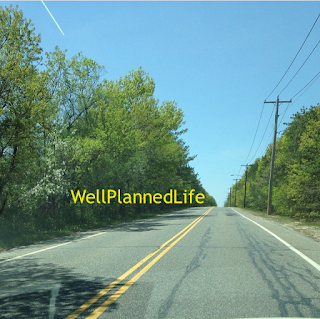 Then, I started to see my choice everywhere. 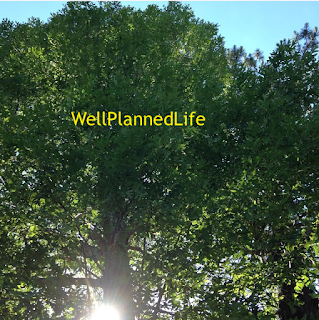 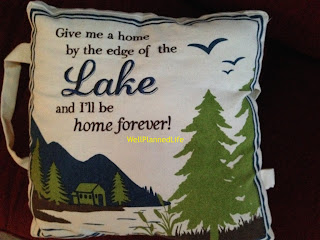 I had decided that since I already own a Filofax personal Jade Finchley, the green would be the interior color.  Still, I needed to research the specific color choices.

If only I had samples to look at in person.

Imagine my extreme happiness when Steve said he’d be bringing his Van der Spek leather samples to the New York City meet up!  They were one of the first things to appear on the table at the meet up and one of the most popular items.

I got right to work. 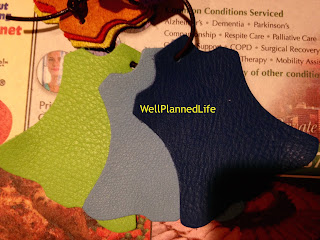 I had decided on the light blue (Swedish Blue) for the outside and the green (Menta) on the inside, both with contrasting stitching.

The day after the meeting, I emailed Petra who sent me a much better photo to get a better idea of the colors: 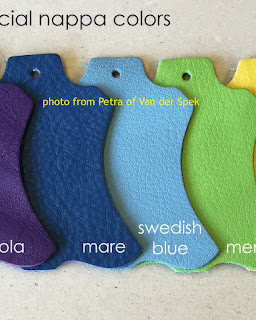 Yup, Swedish Blue and Menta it would be!

I started having second thoughts about the blue.  I love the way the green trees in bloom look against a light blue sky.  But, the green on the trees are of a darker hue than the green I’m seeing here.  So, is the light blue really the best option?  I must choose carefully!

I emailed Petra to ask her professional opinion.  She chose the dark blue (Mare).  Huh.  Now I had a really tough decision to make.

After a day of thinking about it and asking about 5 different people, plus the Facebook group, I decided to go with Petra’s choice.  While I love the light blue, I was afraid that it would be a blue I’d tire of easily.  Dark blue is classic, but also refreshing, much like cool, deep water.  So I went with that.  Once I made my decision, I didn’t go back on it.

Mare on the outside… 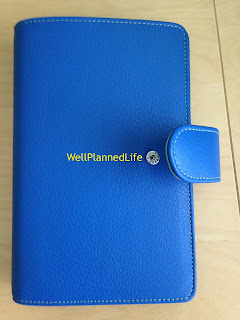 …menta on the inside. 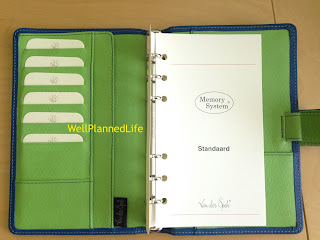 The colors together are outstanding. 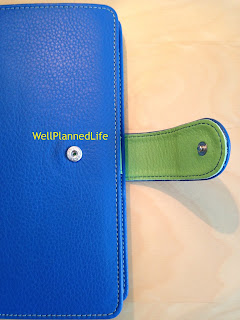 I got contrast stitching on both—menta on the outside, mare on the inside. 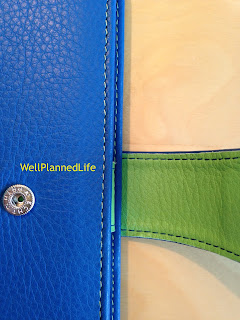 I chose the exact same layout that I did the first go-round, the secretarial pocket on the inside left. 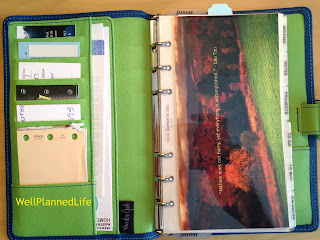 The remaining standard pockets are great as well. 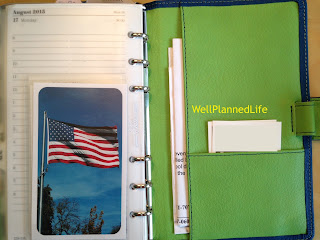 My first binder has the undyed leather on the inside, which is a little stiffer than the nappa leather that I chose on the outside.  That creates a teeny, tiny bit of stiffness in the binder as a whole, which is good for writing.  (I chose no stiffener and foam on both binders because I prefer my binders to lay perfectly flat and have the smallest footprint possible.)  This binder, however, has the nappa leather on both the outside and the inside, which makes for a more soft, supple binder altogether. 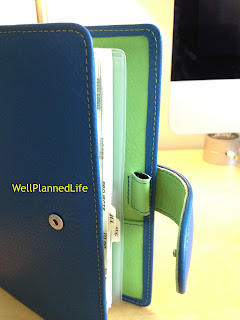 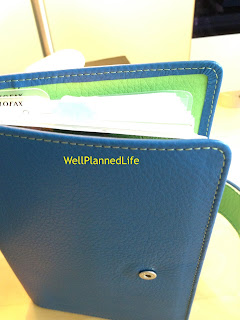 The writing surface is just as good, though, so it doesn’t matter that both leathers are super bendy.  The leather is so soft and buttery.  It is just gorgeous.

I am so happy with this binder; I can’t even begin to tell you.  I am so glad I chose the darker blue over the lighter blue—while either would have been great, I feel that the Mare is the better choice long-term, both in terms of my preference and for durability.

I will leave you with a photo of Daisy hard at work during a recent lunch break: 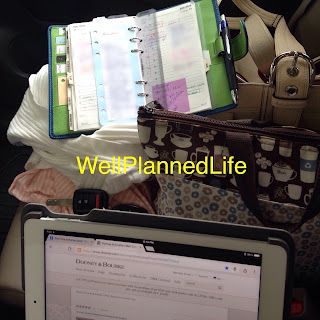