"Not That There’s Anything Wrong with That!": A Seinfeld Planner Sighting

By Kanalt-WellPlannedLife April 11, 2014
I like me some Seinfeld.  I haven’t seen every episode, nor am I a huge fan of the show.  But I like it.  Every once in a while I turn on the reruns in the evening just to watch something.  I am familiar with many episodes but can’t spew the dialog the way I can with other shows.

In any event, I happened to turn it on last week.  I happened to catch the episode where Elaine is doing some ghost writing for (I think) her boss.  I just happened to actually look at the screen during this scene: 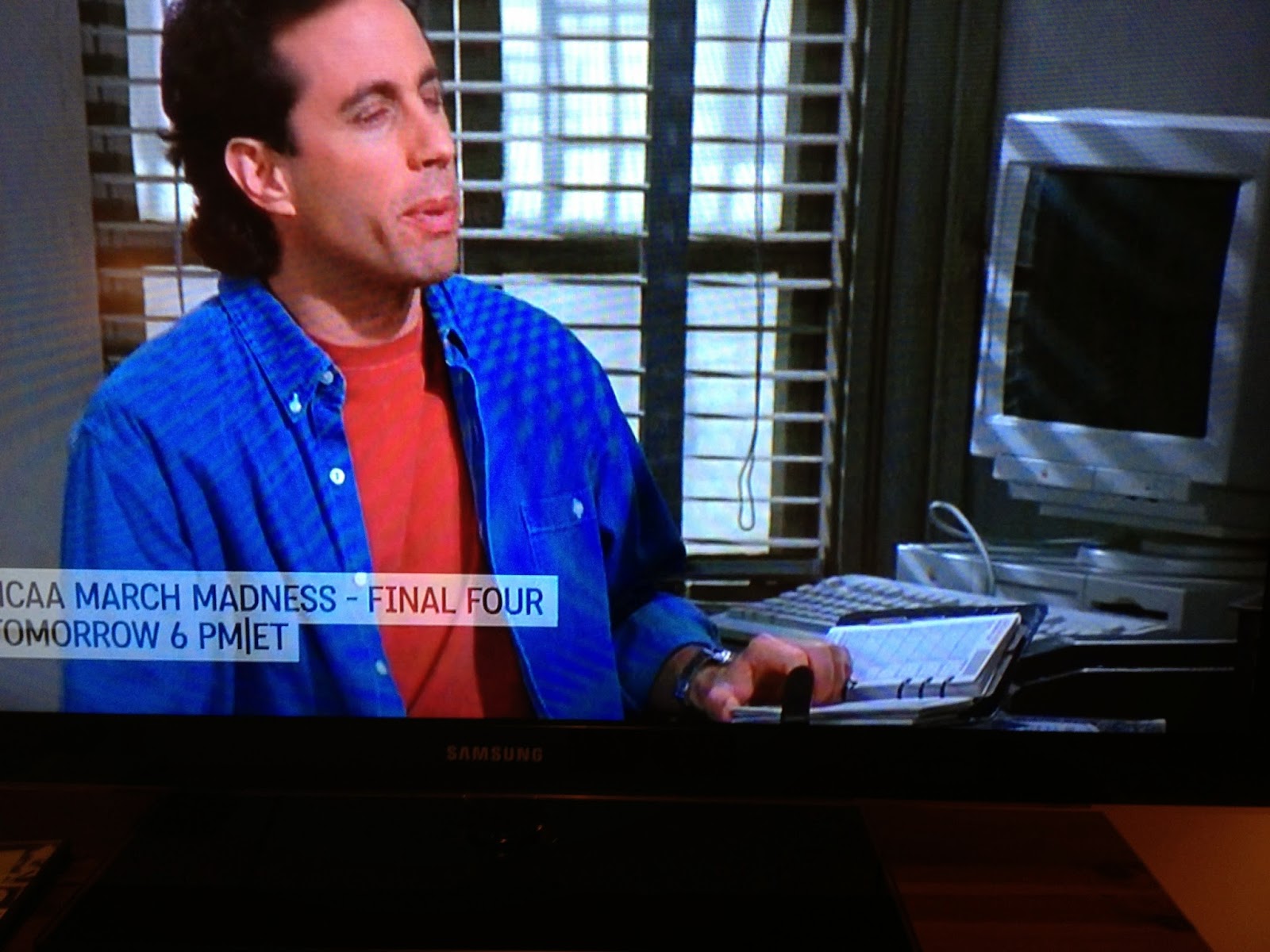 It’s not the best capture of Jerry, but do you see what caught my attention?  It’s the planner he’s holding when George comes in to discuss a date that Jerry had just made with some woman or another.

Thank goodness I have DVR, which allowed me to rewind it and make sure I was correct in what I thought I saw.  I now have a new respect for Jerry.

This planner seems to be rather non-descript, though from the looks of the inserts, I’d say they are undated DayRunner monthly sheets.

For a comedian who has many gigs, he sure doesn’t seem all that busy, considering there is no writing in this planner.
Sightings TV and Movies