By Kanalt-WellPlannedLife July 20, 2012
If you follow me on Twitter, then you know I have a new member of my Filofax family.  Her name is Ms. Plum.  She is one of a kind, let me tell you.  She is beautiful and she knows it.  While her exterior is soft and pleasing to look at and feel, her tendency is to shut you out—she’s a bit snooty.  She holds a lot inside, but her slim figure will never reveal it.  She’s important, and she wants the world to know it.  If she doesn’t know you, she doesn’t need to know you, but she’d lay down her life for those she cares about (like Big Brother Reggie).  Her style is impeccable—stilettos and a feather boa, pursed painted lips and false eyelashes.  She turns the head of every man she meets, but only one will steal her heart.  But even then, she is the one in control, and so when the professor arrives on the scene, he shall take her name and she shall still remain “Ms.”  And while Ms. Plum looks sophisticated and refined, she often finds herself in colorful predicaments.  However, those events have yet to happen…

So who is Ms. Plum really?  Let me introduce you the latest member of my Filofax family.

She arrived on a sweltering Monday afternoon.  My husband thought that he could keep her from me by placing her on the highest kitchen cabinet, where he can easily reach but where I require a step stool to get to. 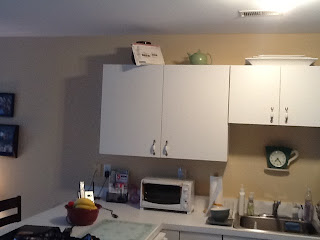 Silly man.  A little bit of height and climbing would never keep me from a new Filofax!

She was sent in the quickest way possible, having only ordered her the previous Thursday. 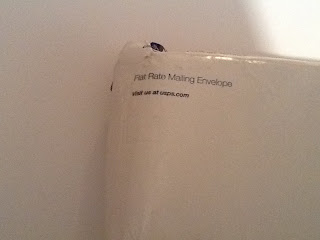 She was safe and insecure inside yet another box. 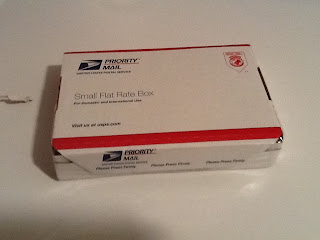 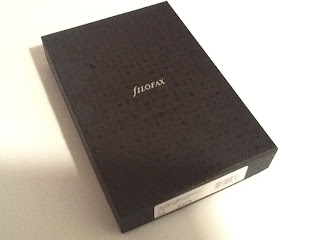 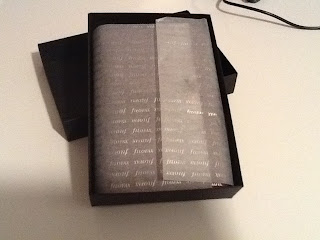 Ah, and here she is! 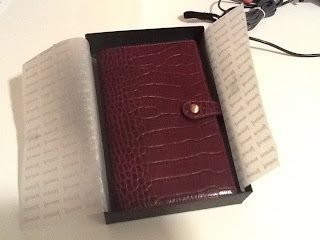 In all her glory! 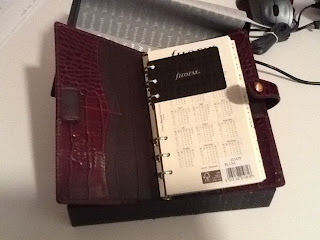 Being the plum wine color, here is a better shot of her natural beauty: 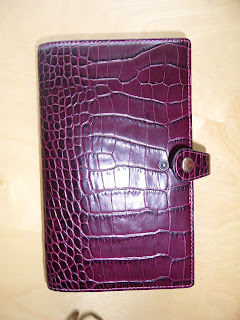 Here she is standing up: 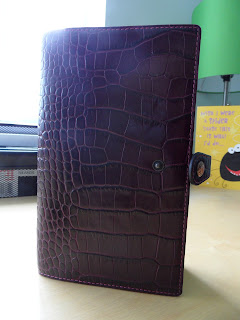 She does not lay flat right out of her box, but her leather is so soft I believe it won’t be long before she does. 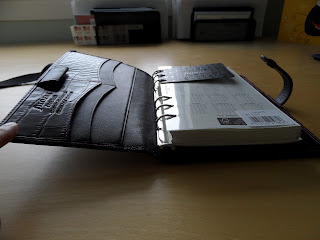 Once in the middle of the diary inserts, however, she gets a little closer to laying flat. 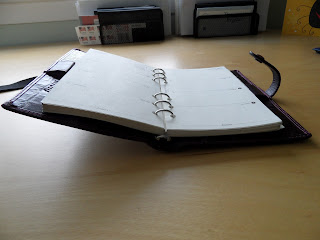 Inside Ms. Plum, on the left-hand side, we have a pen loop, four card pockets and one full-length pocket. 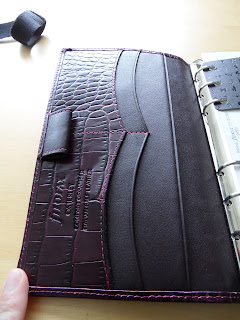 Here’s a close up of the pen loop, which nicely illustrates both the color and texture of the binder: 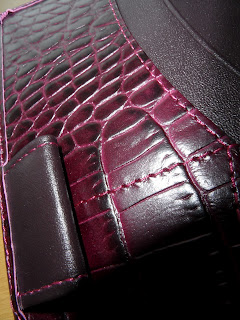 And here we have a close up of the card pockets: 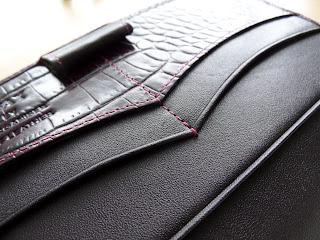 Here is a view of the inserts upon opening the binder: 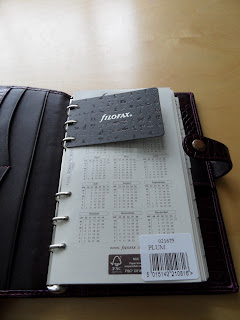 She came with cotton cream inserts which I will not use.  I love the color and feel of the cotton cream but I cannot do without my day-per-page inserts, which are white.  So I have transferred everything over as it is.  These inserts will go in Reggie to keep him from losing his shape while he’s on sabbatical (one must always keep a vigilant eye on one’s figure, male or female). 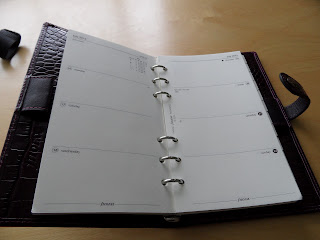 Ms. Plum also came with address sheets but I don’t need them either.  So they will accompany the diary sheets in Reggie. 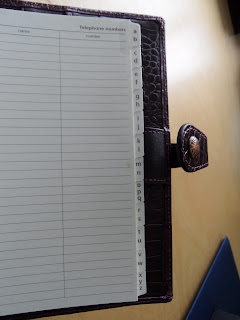 Here is Ms. Plum’s backside—oh my!  Very impressive indeed!  Two perfectly rounded card pockets.  One might draw a comparison with J.Lo.  (She also boasts another full-length pocket and yet another pen loop—yes, the Compact Osterley has two pen loops—however, I will only use one). 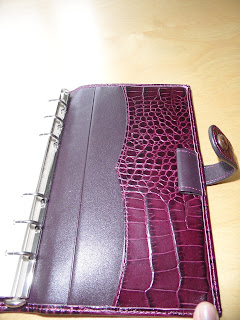 Here is a close up of her clasp: 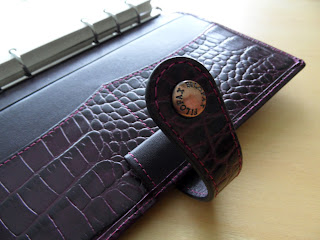 Her tattoo is genuine too. 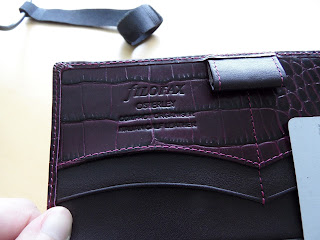 Once dressed in her appropriate clothes, she does indeed lay flat.  I guess she just needed to feel more comfortable. 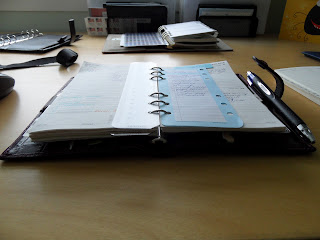 She will not replace Reggie.  Rather, she will alternate with him in being the main planner.  She provides me with a splash of color without being too in-your-face or girly.  While moving my inserts over, I did clean out and spruce up some, and because it’s been a while since discussing my layout, I will go over that in detail in a future post.

So here she is again, the star of the show, all dressed and ready for the world!  Bring on whatever adventures may lay ahead (and there are a few already waiting to be told…) 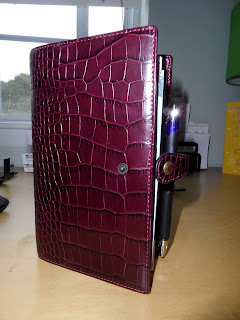