By Kanalt-WellPlannedLife June 20, 2012
This past Saturday, we had the third Philofaxy New York City meet up.  Compared to the last two, this one was small (seven attendees) and quite low-key.  Still, there was a lot of passionate talk of all things Filofax.  Here is how the day went:

I started by gearing up my Filofax. 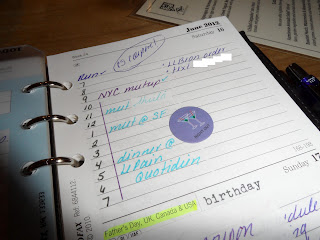 I drove to my friend Sheila’s house, and then she drove us to the big city.  We had some time before meeting the others so we hit The Container Store.  Shelia bought a few items, and while I didn’t buy anything, I did cash in my free gift birthday coupon and came out with a small pack of sticky notes and flags (I didn’t take a picture of this for some reason).  Although they weren’t Post-it brand, I was pretty excited nonetheless.

After we perused organizational heaven, we headed to Sam Flax to meet the rest of the group.  Outside of the store Sheila and I met Nan, Michele, Pat, Raquel, and Jenna.  We chatted outside for a while, were approached by a stranger yakking about pens, then headed inside to shop.

No ifs, ands, or buts; we made a bee line right to the Filofax display.  I was hoping to see a Compact Osterley to see if it might be something I’d want to buy.  But they had no Osterleys in stock.  Boo.  I did check out the Slimline Holborn though—not being a compact, I was wondered if the slightly smaller rings of the slimline might hold everything that I currently have in my Compact Regency.  The rings of the slimline were visibly smaller than those of the compact, but I think I could have made everything fit.  However, turning the pages would have definitely been an issue, especially since that is on the verge of currently being an issue in my compact.  I still like the Slimline Holborn and haven’t ruled it out completely, but I decided against anyway.  Why spend the money on something that will most likely not work for me (see, I’m evolving—in the past, I would have bought it anyway).

Sad about not even being able to check out the Osterley, I came away with only random inserts and accessories. 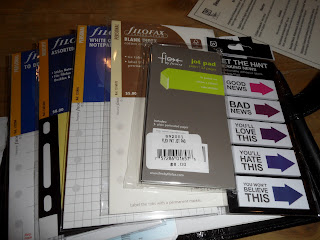 I bought a FrostedRuler, To Do sheets (in white—I didn’t see the white listed on the website, so I really hope that doesn’t mean they did away with them!), the Post-it Accessory, Graph Paper, Blank Tabs, the Pocket Flex Jot Pad (which fits perfectly in the half-size back pocket of the Regency), and cool sticky flags with warning messages.

Nan and Pat were the only two to buy an actual binder (Nan a Personal Cuban in Ink and Pat—I can’t remember which version—Pocket Metropol in pink maybe).

After spending money, we headed to Le Pain Quotidien for a late lunch/early dinner.  Believe it or not, the Filos did not appear until after dinner—somehow we were able to order, chat, and eat before we ever delved into the whole reason we were there.  How did that happen?  In any event, it did.  And even though we had a relatively small group and we were all low-key and mellow, we had a great time and enjoyed not only the Filos and talk of Filos, but each other’s company too.  For some reason, I didn’t take that many pictures, but I will let the ones I did take tell the story. 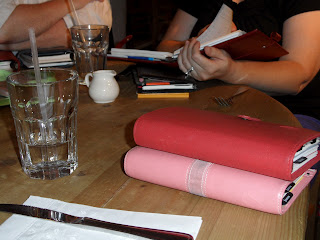 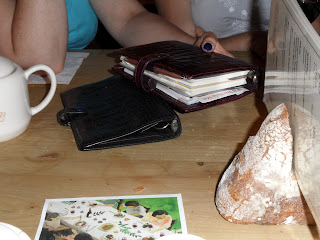 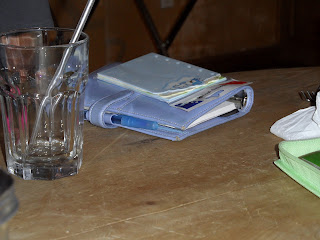 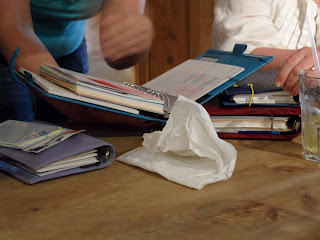 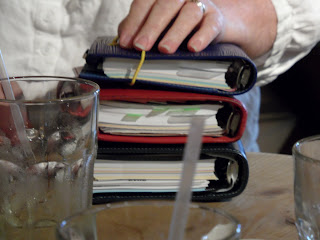 Michele showed us some old binders and inserts she had, including this set up: 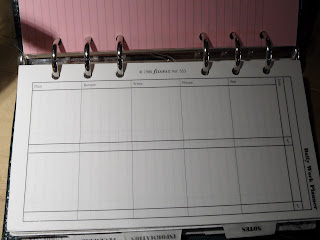 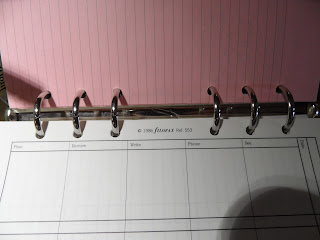 Pat had a Personal Osterley in plum, which is the exact color I have been looking at. 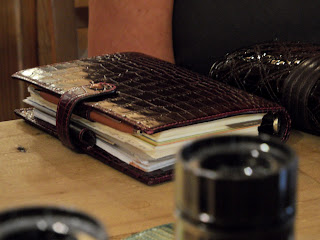 So in the end, I did get to an Osterley see up close and personal, though not in the compact size.  After looking at the website, I see that the rings on the Compact Osterley are just a little bigger than those of the Regency (which I totally don’t get—wouldn’t all compacts have the same ring size?).  The Compact Osterley is available through Pens & Leather at a discount.  But I can’t bring myself to spend that much—yet.  We’ll see.  It’s still an option, one that I keep thinking about.  I’ll keep you posted on any purchase I may make in the end.

In all, there wasn’t as great a Filo pile as we’ve had in the past.  But for seven people, I’d say we did pretty well. 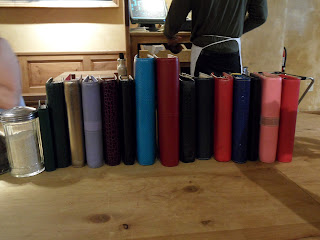 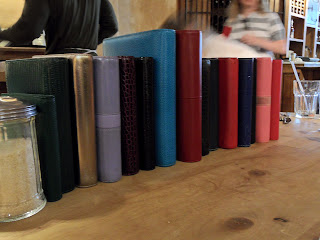 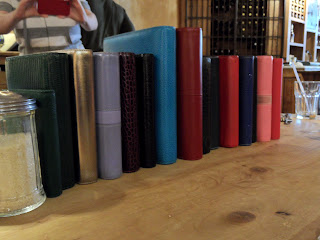 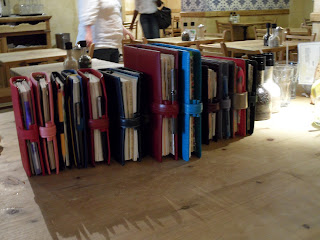 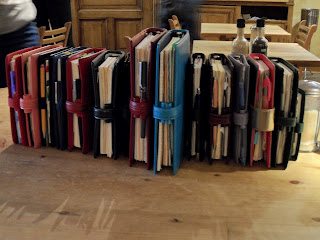 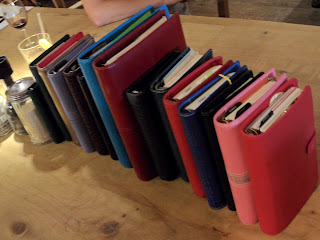 Another successful meet up!

Be on the lookout for announcements of the next NYC meet up, probably sometime in the fall.
Meet-ups Philofaxy